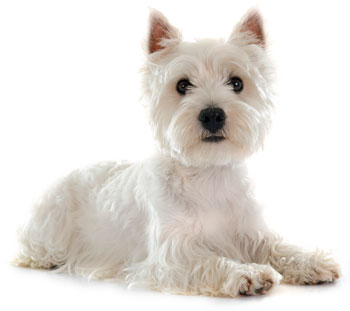 While a member of the sporting group took Best in Show at this year’s Westminster Kennel Club Dog Show held in New York City, across the pond it was a terrier who earned the crown. The Westie, formally named “Geordie Girl” but known as Devon, beat out thousands of other canine competitors. In addition to being shown by the youngest handler participating, it was also the owner-handler’s first time at Crufts. The win marks the first Crufts best in show title for the breed since 1990.

Considered Great Britain’s cousin to Westminster, Crufts is a four-day event topped off with an equally world famous dog show. The difference between the two, however, goes much deeper than where they are held.

Now in its 125th year, Crufts is one of the biggest dog shows in the world. It was founded in 1891 by Charles Cruft, an incredibly successful dog biscuit salesman. Through becoming such a big name in the world of dog treats, Crufts soon found himself in the role of secretary for various “fancy dog show” groups – the Toy Spaniel, Pug, Setter, Borzois and St. Bernard. With a growing workload and a large enough network of influence to simply consolidate and start his own show, he decided to do just that.

Having just marked its 140th year, the Westminster Dog Show got its start more than a decade before Crufts – in 1877. It began as a show for gun dogs, with prizes including pearl-handled pistols. Originally put on by the Westminster Kennel Club, it is now hosted by the American Kennel Club.

Although both shows aim to name a best in show dog which exemplifies purebred breed perfection, the atmosphere and itinerary for the shows differ in many ways.

Whereas the Westminster Dog Show is just that, a dog show, Crufts is more akin to a canine festival. Both purebreds and mixes are welcome and there are many events to participate in outside of the pedigreed main event. With activities ranging from obedience and agility, to racing, duck herding, dancing, and a crossbreed “Scruffts” competition, Crufts is a celebration of all dogs rather than a prestigious arena reserved solely for the best of the best. The event even includes more than 300 vendor stands offering special treats and products for sale to attendees.

The two shows vary with some breed standards and how they group dogs. The seven British Kennel Club pedigree groups include those of gundog, utility, and pastoral instead of sporting, non-sporting and herding, alongside the shared hound, toy, working and terrier groups.