You’ve Heard Of Cat Burglars, But What About Cat Grocers?

Home » You’ve Heard Of Cat Burglars, But What About Cat Grocers? 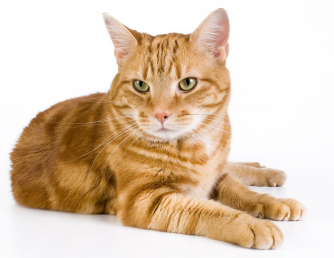 A feline patron has made himself a home in a south London grocery store, despite the manager’s many attempts to give him the boot. The cat gained Internet stardom when shoppers began tweeting photos of the straight-faced kitty.

The orange tabby has been identified as six-year-old Olly Oliver, a nearby neighbor of the store.

Olly began inviting himself into the grocery store during November of 2015, but was ousted by authorities due to health concerns. That didn’t stop Olly, however. Although security has removed the cat several times, he finds a way to saunter back in. Human patrons routinely find him warming himself by the front door heaters or perched high atop aisle shelves.

Unlike some pets who sneak into stores to steal toys or treats, Olly’s actions have been nothing but admirable. Rather than feeding his own cravings, he simply judges others from above as they shop to feed theirs below.